The INRAD W1 competition headset is an innovative, comfortable headset for DXing, contesting, or general use on the air. 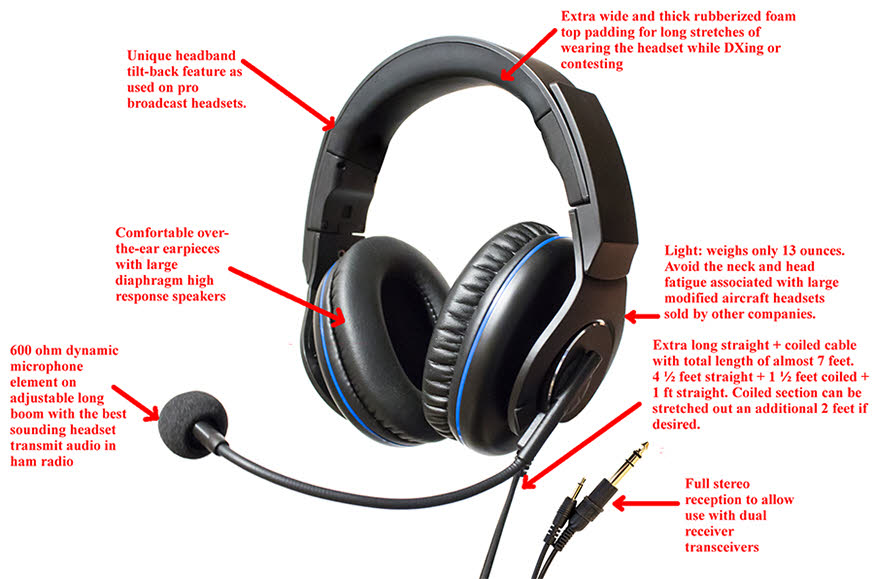 INRAD W1  for long hours of radio communication use

Starting with comfortable over-the-ear earpieces.  Your ear goes inside the cup rather than having earphone padding pushing your ear backward against the head, leading to pain after hours of use.  Headband fatigue is another potential problem with long-term headset use.  Modified aircraft headsets sold by others for ham radio use push down on the top of the head because they are heavy and lack adequate padding at the top.  We have solved this problem with two features.  First, thick rubberized foam padding at the top of the headband that molds to the head when in use.  Second, like broadcast headsets, the W1 has a tilt-and-click headband tilt feature.  The headband can be tipped back as far as 30 degrees off vertical without moving the earpieces, in addition to standard up/down movement of the band.

Extra long straight and coiled cable from the headset to the radio.  7 feet total length.  4 feet of straight section, followed by 1 1/2 feet coiled for RF suppression, then 1 foot straight to the adapter for the radio mic jack.  Connect the 1/8″ mono transmit audio jack on the headset to an INRAD M-series mic jack adapter and you’re ready to operate.